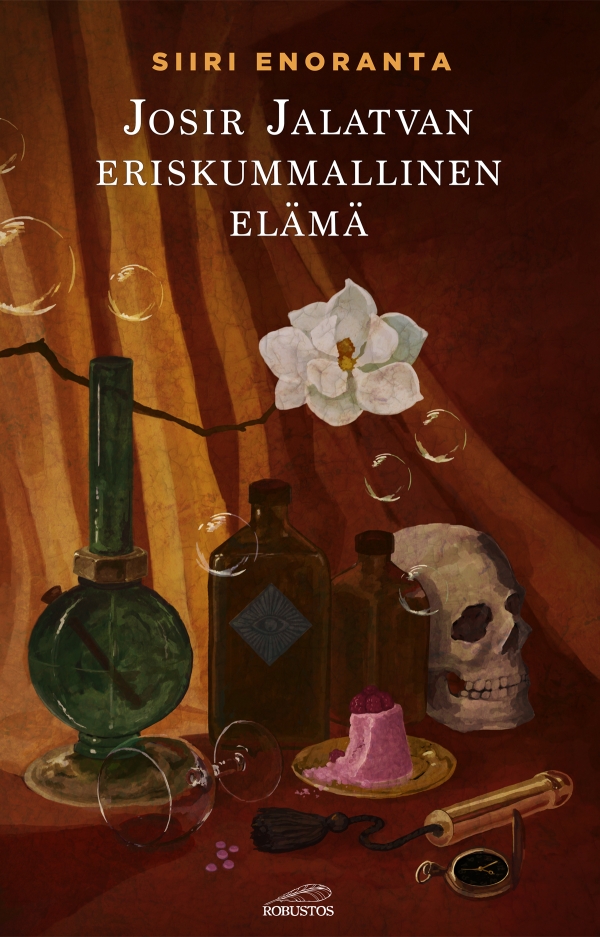 Josir Jalatva is a fun-loving hedonist and heir to the greatest circus director of the millenium. Micholei Rostus is a novice clocksmith and disappointed history student whom Josir wants to have at first sight. The two young men become lovers in Aurosia, a continent mutilated by the Great War and abandoned by God, who took off more than a thousand years ago without looking back. God has left behind a bunch of deserted followers, one of which casts a spell on Micholei, cursing him in the carousel of multicurpus.

Thus begins a chase along an indestructible railroad, a chase filled with circuses and sawdust, feasts that endure till dawn, shameful secrets, worn-out velvet, clubs falling on the juggler’s head, smoke, blood and lust.

”Imagine all the adventures we’re going to have! We will take turns in saving each other from all kinds of quagmires, get to know wondrous people, drink the lycanthropes’ blood with queens, and groove tribal dances among mercenaries! You will shapeshift exactly at the right moment and wangle us out of so far completely hopeless situations, such suspense, such thrill! And I will get us in the best speakeasies of the most exciting alleys of all the cities!”
”Josir…”
”Besides, Micholei, my beloved of many faces”, I said, and in that moment even his one face was multiple, as I squinted and tilted the empty glass against my lips to no avail, ”I’m going to buy you a train.”
”You’re going to buy me a train?”
The foreign woman on the other side of the grazed table looked at me incredulous. But even if I didn’t remember it at that moment, I knew that Miho was the one for me, he was my anchor in the chaotic world, he would hold on to me when I was about to lose myself, but in order to do that he had to have himself in his possession.
”That’s it. A train. Don’t look at me like that, it is possible! I have connections. I can do it. I will buy a train, set up a circus, and take you across Aurosia on God’s railway!”
Miho looked at me for a long while and shed a tear through the left eye of that unknown woman.
”You’re so very mad”, he said.
I was only a little bit taken aback.
”What does it matter?” I asked, and as I had guessed, Miho didn’t have an answer.

”Love, madness, eroticism, ugliness, corporality, gender, life’s absurdness, meaning and insignificance. And once more: love. The astouding Enoranta has once again written an abundant novel that swims into my heart.” – Salla Erho, Goodreads

”The novel is likely to inspire readers that seek profound themes and strong characters in fantasy literature. – – The simultaneous familiarity and peculiarity of the unique world is fascinating: the magic and technology combined, the entirety consisting of many points of views.” – Anne Leinonen, Tähtivaeltaja magazine

”(Enoranta) reaches the kind of deep streams that few writers have been able to put into words. – – Enoranta’s beautiful and flowing language supports the transmitting of the feelings and becomes more refined book by book. When this is combined with serious and profound themes, the end result opens new doors inside one’s mind.” – Taru Hyvönen, Spin magazine