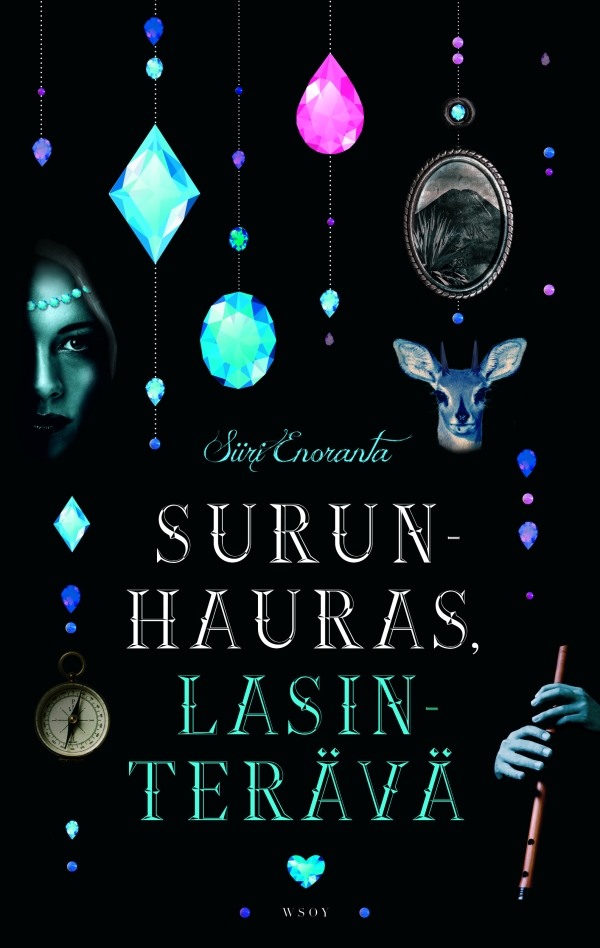 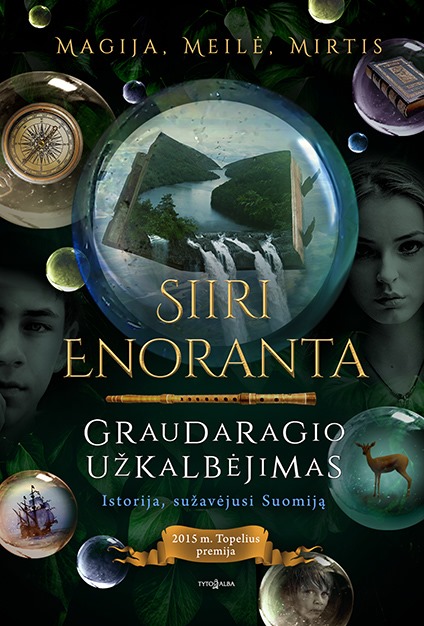 Behind the vast ocean, hidden in the Sorrow-deer islands live the Sorrow-deer people. On every child’s sixth bithday the sorrow-deer appears and gives the child a gift: the deer predicts the amount of sorrow each child will have to bear during their lifetime. Little Uli receives a greater gift than anyone else before him.

In Sidrineia’s Peninsula princess Sadeia of the Dawn Queendom is the sole ruler of her wealthy realm. She has always gotten everything she has wanted, and now she wants a mythical, golden deer at any cost.

The Sorrow-deer people and the Sidrineians cross paths, whereupon the islands’ seer must behold the threads of time both into the future and into the past.

”Do you want to become a glass maid?” princess Sadeia asked then, as if she was already bored with the whole game and wanted to get Beanna out of her sight.
It was at that moment that Beanna noticed something moving behind the throne. Maybe the hem of a dress, or was it just a shadow?
”I… The position of a glass maid is the most valued in Sidrineia next to the Princess herself”, Beanna said, diplomatic.
The Princess snorted. And now Beanna saw it: from behind the tremendous glass throne peeked a girl, she couldn’t be older than ten, but her face, her eyes! There was something so glacial in them that the skin on Beanna’s arms got goosebumps, there was something far too knowing for a face of a child that age. The girl looked at her for a while, and during that moment Beanna felt like she was holding her heart with her cold, small, lithe fingers.
”Someone bring me some paper, let’s draw up the contract immediately, since the girl is so eager to join us. Chirp, get some ink, some blotting paper too”, the Princess was saying.
Beanna blinked, and the child had vanished. Could she have imagined something like that? Had it been only a reflection that had secretly escaped from the Princess, the reverse side of her enchantment, something that hid beneath the sparkling jewelry and luxourious fabrics?

”…Enoranta excels in the world of fairy tale. At the same time that she writes a story that needs to be engorged, she ends up expressing something deep and original about our era, about being a human.”
– Marjaana Roponen, Aamulehti newspaper

”Enoranta mesmerises her readers, and it is absolutely justified that the novel’s target group is both young people and adults.”
– Päivi Heikkilä-Halttunen, Helsingin Sanomat newspaper

”The thoughtfully considered themes that the novel carries are power, love and humanity. The world, the gallery of protagonists and the story created by Enoranta form a dazzling kaleidoscope. This atmospheric and stylish piece of work shows that Enoranta is among the torchbearers of Finnish literature.”
– Statement of the Topelius Prize Jury

”Enoranta conducts the story from the perspective of several narrators, weaving an enigmatic tapestry of events in which nothing is predictable.”
– Statement of the Finlandia Junior Prize Jury