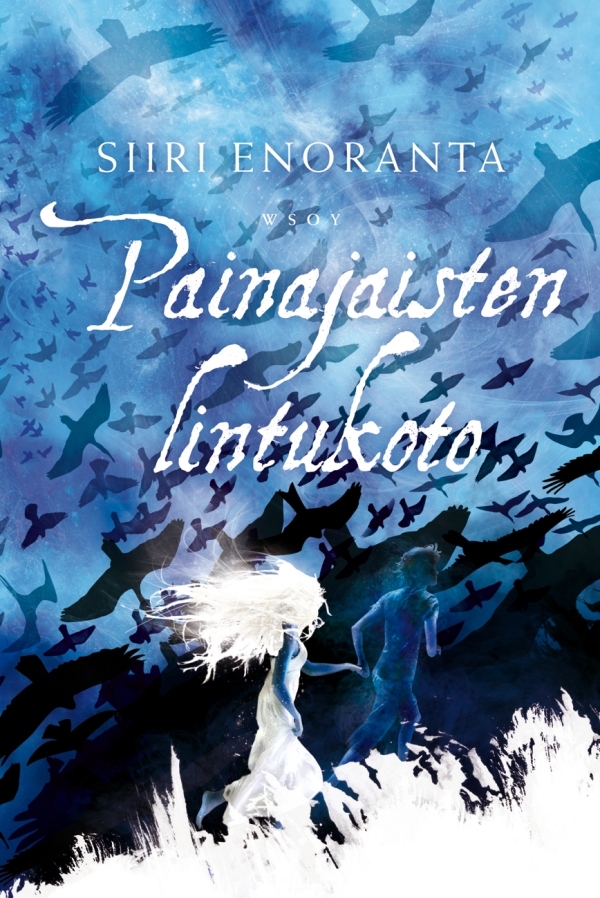 Puffin wishes to see the thousands of different flowers of Dribblefield and the anscient trees of Arcane Forest, he wants to paddle down every rapid that can or cannot be paddled down, he wants to know what Blizzard Ice far away in the North is like, and how high the Reverse Mountain really is. And yet, it is forbidden to descend, forbidden to enter the true world. And so Puffin sleeps but dreams of being awake, tries to do as he is supposed to, but can’t stop thinking about the adventure that awaits him.

Sweet Haven of Nightmares is a tale about a boy who isn’t exactly human, neither unreal nor real but something in between, and his journey into the true world after years and years of dreaming. He encounters Tui, a machine girl who feeds on wind, and Palila, who rides enormous birds grown with a mysterious elixir. Truth is stranger than fiction, but terrible rumours carry from Barksville, and somewhere close to where the Snooze River runs, a monster of nightmares is told to be crying the water salty.

Sweet Haven of Nightmares was nominated for the Kuvastaja Award in 2013.

”Yes, because you don’t want to be you.”

”But you want me to be me?” Tui asked in a voice as thin as the web of a tiny spider.

”Then I want that too. For you to be Puffin. But the kind of Puffin that doesn’t lie.”

She went out the door as silently as she had arrived. The dove cooed after her, oo-hoo. I kept petting it. I had seen nothing of Tui but her right arm, and that only through mist. I wondered if she had really even been there? But she had. Tui liked me the way I was. As long as I would tell the truth. Something wet dropped on my shirt from my cheek as I finished the thought that had been within me for a long, long time, the one I didn’t want to tell myself even inside my own mind. That I didn’t know how to stop lying. I didn’t know if there even was a Puffin that didn’t lie.

”Enoranta operates language beautifully, revels in bird names and narrates solidly. The ending of the book is a fine combination of beauty and horror.”

“The themes of suffering and death recur throughout the novel. The way Enoranta writes them into being is beautiful, even poetic. When it comes to the events of the novel, suffering and death are stark, but as a part of the style and atmosphere of the work they’re very powerful, especially in character descriptions.”

”The novel is not only about nightmares, but also about the border between dream and reality, and the borders between humans, animals and machines. At the same time it processes feelings and the pain related to them, selfishness, lust for power, and responsibility. Underneath it all is a classic fight of good against evil, but without clear shades of black and white.”

”The essential thing about the novel is the ambiance it transmits. Combining the dream world and wakeful reality and the connections between them makes the story mysterious. Only in the end it shifts into unraveling the ominous…”

“Despite her young age Enoranta avoids the most obvious trends and always creates something new and different in the world of fantasy. What astonishes about Enoranta is her free-flowing joy to fable and her ability to create one extraordinary setting after another.”