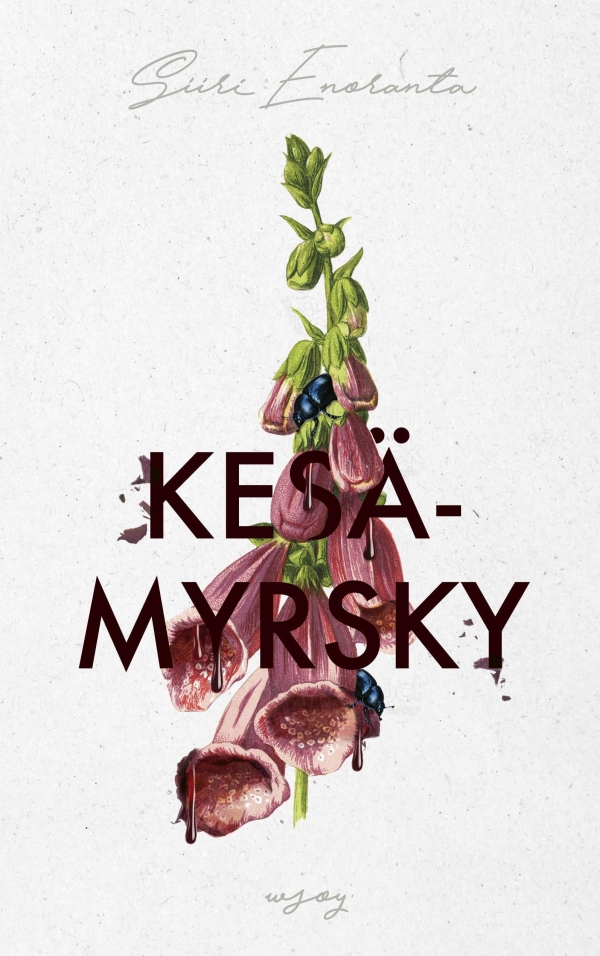 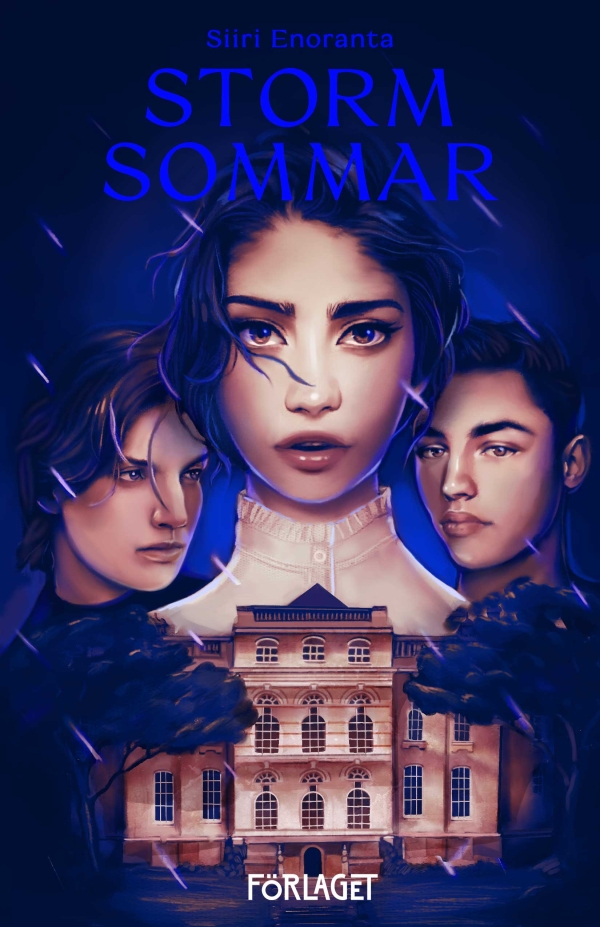 All spring Andrew has had his eye on Josh Roy, the leader of the elite school kids gang, ’The Soot Wings’. By a courious chance, Andrew gets an opportunity to spend the summer in the luxurious manor house of the Roy family, and gets a glimpse of a world he doesn’t belong in.

Josh’s sister, spoiled Penelope, has witnessed a murder that scandalized the whole city, and everyone at the manor seems to tiptoe around her. But which ones of Penelope’s thruths turn out to be lies?

The last summer of Andrew’s childhood in Summersutton is a game of innocence and corruption, full of riddles drenched in sparkle and sugar, to be revealed one after the other. Summer Storm is an ugly secret twisting around itself in a shiny shell.

”So it was that no one else could hear the music playing inside of Andrew. He thought one day he would find the words, gestures, telepathy, or whichever means was to be used to express such things, and he would share his tunes with others. Andrew thought everyone had their own music, that the music inside Penelope had of late been a cello chopped into pieces, a cacophony, but that it could yet rearrange itself, like the surface of water would level or the wind quiet down or at least change it’s course. Andrew’s music wasn’t cello, it was grand piano, utterly light, dripping, rippling, the pianist playing ankle-deep in water, the sun reflecting thousands of shimmering diamonds on the surface, and swans grazing the water with their wings, flying past sideways. Andrew was unable to explain it to Josh. Everyone’s music was different. Andrew wanted to hear the basses and trumpets trembling inside of Josh, the silence between them. He pricked up his ears to hear. They came to a place where the foundation of an old cowshed rose from the ground like an ancient tale, covered in moss, boulders smoothed soft, offering a good hiding place, when, from deeper in the forest, the clamor of small feet started to echo again.”

”With her latest novel, Siiri Enoranta shows she is among the best modern writers in Finland. – – ...the book is a masterpiece broader than a novel for young adults.” – Stina Alapirtti, Aamulehti newspaper

“Enoranta’s writing is beautiful, playful, light and wise. Enoranta is not only one of the finest voices in Finnish youth literature but also an exceptionally interesting author on an international scale.” – Arla Kanerva, Helsingin Sanomat newspaper

”From the beginning to the final sentence, the book maintains a controlled elegance like a piece of classical music.” – Siniset helmet blog

”Siiri Enoranta’s creativity seems to know no boundaries. Again and again she surprises her readers by constructing a brand new setting and utilising the hybridian vast field of fantasy literature for her own original purposes.” – Päivi Heikkilä-Halttunen, Lastenkirjahylly blog

“The multidimensionality of The Summer Storm is augmented by Enoranta’s characteristically and skilfully propelled language, which sets a complex pace and develops its own expressions. One of the most interesting authors in Finnish youth literature, Enoranta, who won the Junior Finlandia prize in 2018, writes works that captivate adult readers, too.” – Kaisa Kurikka, Turun Sanomat newspaper

”The Summer Storm doesn’t settle for being just a skillfully composed image or a fluently developping adventure. The novel is also thematically abundant and insightful. – – One recognizes a traditionally great novel when one cannot wait to finish it but never wants it to end. The Summer Storm is exactly like that!” – Marjo Jääskä, Demokraatti newspaper

”This novel about pain, longing, and rivalry charms the reader with its deft, glorious language. Its world, combinig nostalgia and futurism, allows the reader to contemplate what goes on behind the scenes, deception, and justice. The dark and light tunes come together to form a whole resembling a summer storm ” – Statement of the Finlandia C&YA Prize Jury

”Enoranta is a fearless storyteller and confident stylist. She effortlessly deconstructs gender stereotypes and includes same-sex love. Using complex storytelling techniques, she encourages to read between the lines, beyond the plot.” – Maria Lassén-Seger, Huvudstadsbladet Newspaper (Stormsommar)