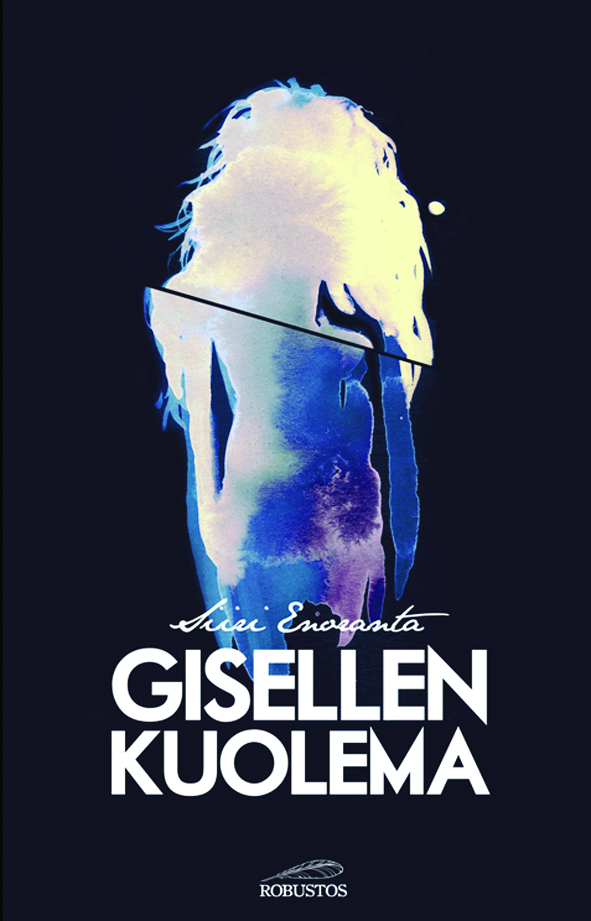 The Death of Giselle

Linnea returns home, her hair tied up in a ballet bun, even though it is clear she will never dance again. Joel has halted eight years ago to wait for her, left behind sitting on the nursery floor, holding a toy car. Linnea is dangerous, Linnea is sparkling, Linnea is a flower with it’s neck wrung. Joel is the only one who allows her to be who she is, whichever of her different mirror images that may be.

The future is thrown off course to an impossible direction, and far out on the lake the arctic loon hails.

The Death of Giselle was nominated for the Runeberg Prize in 2012.

I was carried back to the cabin yard by the rising tide like a piece of driftwood, I kept hitting the bottom. I don’t know if I’d lost my mind already there, looking at the ant nest, or whether it happened later. Propably a lot earlier.
Linnea was crouched in front of the stump around which I had eight years earlier chased a girl whose hair didn’t have one tangle and whose knees allowed her to run anywhere. Linnea’s back was turned on me and her cervical vertebra wanted to look straight into the sky and into the sun through her skin. And instead of skin Linnea had on a cloth made from translucent twin flower petal. She must have heard me coming. Perhaps she had heard the tidewater ripple on the yard tiles.
”Joel”, she said. And she said: ”I found some wood sorrel.”

”Enoranta’s language is poetically beautiful. Worn out metaphors have been replaced with fresh but natural sentences. Enoranta’s third novel is again a demonstration of the young author’s skill as a storyteller.”

“Enoranta’s language is still in a class of its own and the structure of the novel is remarkable.”

”The Death of Giselle is an atmospheric, dramatic novel. It is a short narrative to be devoured at once, and it has poetic air and drifting description but also interesting characters…”

”Enoranta skilfully gets the reader hooked on the novel.”

”The language of the novel is poetic and heavy at the same time. The metaphors hit home and the sentences repeat themselves on purpose… Enoranta’s sentences foreshadow the sinister that is about to happen.”