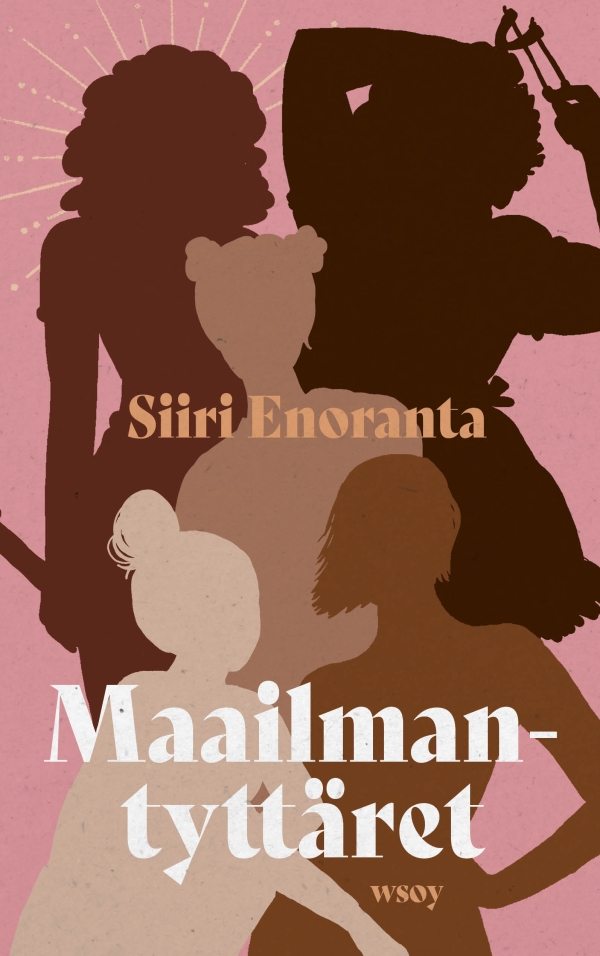 Daughters of the World

The Daughters of the World is a brave utopia set in The Earth Home, where people are equal, nature is healing, and capitalism has been smashed. The journey of five girls is a mirage of an adventure novel, a modern take on friendship and a visionary study on a better world.

They meet at the Harmony Camp for the Lonely. Lise-Lotte’s parents were taken by Nunezia fever, Kaia is grieving for her family, and Ritva is pissed off by The Earth Home’s hypocritical atmosphere. Zerinda’s brain is torn by her ancestress’ memories from the edge of the apocalypse, and she’s not sure whether she still holds the ownership of her mind. Joselina’s brother has died in an attack of mysterious mechanical insects, and together the five girls set out to find the truth. Fighting and dancing, they are lead on by the mystery, through the wonders of The Earth Home.

Enoranta’s vision of the future is dazzling in it’s life force, restoring the reader’s ability to dream.

”Our historiography is crowded with visionaries that have invented brave new world orders, implemented them by force or dreamt about them silently by attic windows. Some people say the world is a machinery of unpredictable irrationality. Benevolent ideas have had disastrous consequences, and the roots of new civilisations have emerged from underneath the most horrendous opression. Some say that the world, or at least the history of humankind, is a predictable system with eras running in cycles from destruction to abundance, destruction to abundance. A human being is a selfish, power-seeking, violent animal that is easy to corrupt. This is what has been claimed in the world of private ownership following the invention of agriculture, the world that has never been equally shared between all living creatures and where one has been forced to fight or numb oneself in order to survive. A human being is an altruistic animal motivated by love, one that thrives when working for the benefit of others. This is what people started to claim while mounting the building blocks of the Earth Home, and it is a self-fulfilling prophecy. It is a self-fulfilling prophecy, to a large extent.”

”The idealism in the novel is delightfully sincere and shameless, it recognizes the danger of ranting and charges towards such danger with a joyous laugh. – – …The Daughters of the World, a brave utopia that would serve well in the hands of all kinds of leaders of the world.”

”The utopia of the Earth Home is distant, yet at the same time realistic enough to be believable. The protagonists’ journey unfurls the world to the reader and at the same time says a lot about accepting oneself and others, about the finiteness of natural resources and the infiniteness of love. The only bad thing about the novel is that the world it promises isn’t – yet – true.”