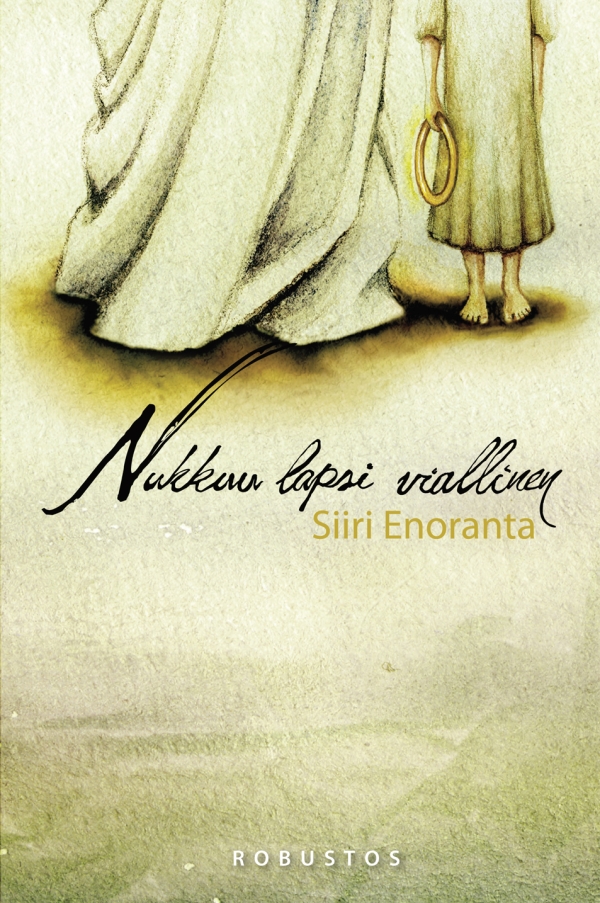 (or: There Sleeps a Faulty Child)

There is no place better for hide and seek than Sonia’s family farm. However, she cannot know that for sure since she hasn’t been far from home. But hide she must, when mother, father and uncle keep stretching the air thin. Luckily Topias is not an ordinary big brother, the type to tuck frogspawn under your pillow, instead he picks the hay from Sonia’s hair after they’ve been jumping onto the haystack from the barn attic and raising dust all the way to heaven. It must be the dust that is making Sonia cough, or the times tables, because she certainly isn’t ill.

But in the corner of Sonia’s room awaits a silent guest, and Sonia’s mother accidentally walks right through him, a guest who adjusts the enormous wings on his back every now and then, a guest who doesn’t sleep, and whom Sonia cannot see before it is time.

The Broken Child Sleeps, awarded with City of Tampere Literary Prize in 2011 and set in post-war Finland, is a story about life and death, and what lies in between.

”To assume is not to know”, father used to say.
That is what he said to uncle, when uncle had predicted the coming rains wrong. He said it to Topias, when Topias had fed Cranberry wrong. He said it to mother, when she hadn’t made enough vegetable soup. He said it to Sonia, when – well, he didn’t talk to Sonia much. But Sonia had nevertheless noticed that to assume was not to know, whatever that meant.
Sonia had thought that her mother would have been happy when father and uncle came back from war. She had thought she could save a chick fallen from its nest by feeding and fostering it like a mother. She had thought if only Cranberry was given enough love, the mare couldn’t be angry at anyone anymore, but she had been wrong, wrong, wrong. She would remember all this every time she saw the little cross in the backyard, the pale scar on her arm, and yes, her mother staring into the distance. And Sonia had thought that as long as she would pass her math exam and study diligently, God wouldn’t be angry anymore, and Sonia would be cured from her stubborn cough.
To assume was not to know.

”The novel combines prose and fantasy in a charming way. Enoranta’s empathetic and poetic narrative brings depth and freshness into a touching theme.” – Jury statement of City of Tampere Literary Prize

”The Broken Child Sleeps turns death into a fantasy adventure, but only partly. On the other hand the novel reflects death’s significance both from the dying person’s perspective and that of the family members remaining. With the angel involved, the story becomes a rueful, thoughtful fairy tale.” – Mari Viertola, Turun Sanomat newspaper

”The Broken Child Sleeps is a multilayered work that keeps some of its secrets till the end.” – Tapani Uusiniitty, Ruovesi-lehti newspaper

“The Broken Child Sleeps is a delicate, beautiful novel, the world of which you don’t want to question.” – Anni-Helena Leppälä, Kansan Uutiset web newspaper